saroja, a glance at the mediterranean

It is not unusual for an artist to form a truly special relationship with a certain place. Claude Monet thus formed a bond with Giverny, where he gave expression to his most abstract impressions. It was a refuge that allowed him to experiment profusely with the most frenzied atmospheric and environmental sensations until he died. In this way, he tried to capture on canvas what would only be the beginning of his most intuitive painting.

And this is how the artist finds pleasure in his hideaway, isolating himself from the rest of the world to dedicate himself, exclusively, to that which captivates him. Gustave Geffroy once said about his friend Monet’s relationship with his house in Giverny ” when a man has the gift of seeing, understanding and reproducing in magical resumes the passing of light upon the world, he can live alone because he is not alone: he is surrounded by all the fairies that live in the springs, the rivers, the fields and the woods, the fairies of all seasons and those that populate the sea”.

In the same way as Monet was drawn to the Seine to devote himself completely to the passion of painting, Saroja van der Stegen was drawn to the Mediterranean to discover the mystery of its light. Saroja is drawn, fundamentally, to a Mediterranean that is luminous, ablaze, with bright gleaming coasts, to try to capture the clarity of the Balearic coasts, light’s transparency in Mallorca, and more specifically, the translucence of Pollensa’s atmosphere. And this is why, in her eternal search for colour and luminescence, this Dutch artist creates a picture of sensations, luminous and colourful, inasmuch as the reality thereby expressed is seen broken up in evanescent portions of light and colour, a painting that is full of nuances, of pictorial subtleties, on which, in a uniform way, an off-white milky veil is spread, filtered and diffused, to soften the possible imperfections. All this clearly reminds the spectator of the sparkling magic of Mediterranean light, and above all, teaches him that every artist has his own particular Giverny.

This is my new studio!

I am learning wordpress, so this site is in an experimental stage. Feedback is welcome. 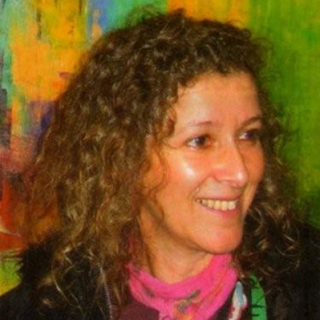 I am an artist and I paint Abstract Landscapes and Seascapes.